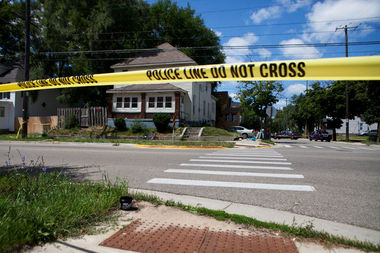 LANSING, MI — The Michigan Senate took aim at drive-by shootings on Tuesday, approving bipartisan bills that would increase penalties and make it easier for prosecutors to press charges.

Senate Bills 582 and 583, now headed to the House for consideration, also would add additional penalties if the shooting causes an injury or death, allowing judges to run sentences concurrently with other convictions.

“We feel strongly that we have to get our cities back,” said Sen. Jim Marleau, R-Lake Orion, who sponsored the package along with Sen. Jim Ananich, D-Flint.

“Pontiac and Flint are the two largest areas of problem other than Detroit, and Senator Ananich and I feel this is what we need to give our police officers and our prosecuting attorneys some tools to be able to take care of those unwarranted types of behavior.”

Prosecutors already have the ability to charge drive-by shooters with other crimes, such as murder or assault. But Rob Moran of the Wayne County Prosecutor’s Office, testifying in support of the bills earlier this month, said those charges require proof that the drive-by shooter intended to harm a specific individual.

“The legislation changes that,” Moran told the Senate Judiciary Committee. “All we have to prove is someone had the intent to pull the trigger. The consequence of that is that it will be easier for us to try these cases.”

While the bills focus on drive-by shootings, penalties would apply to any shooter who fired a gun into a building that they knew or had reason to believe was occupied, whether they were outside or inside the building in question.

“The Senate’s swift action on these bipartisan measures demonstrate how urgent it is to address violent crime in our neighborhoods,” Ananich said in a statement. “These changes are an important part of the comprehensive solutions we need to keep our families safe.”

State Rep. Stacy Erwin Oakes, D-Saginaw, introduced similar legislation earlier this year in the House, but those bills have not advanced out of committee. She intends to support the Senate bills if they come up for a vote in her chamber.